I’m guessing there’s not much difference between us, and that at times you’ve been in a situation where you didn’t know the answer. But, there’s more. You’ve probably had a person who, then, expressed loudly their ‘answer’, and you just know that that’s definitely not the answer, but everyone eventually seems to be swayed by it, and you’re left confused by their reaction. 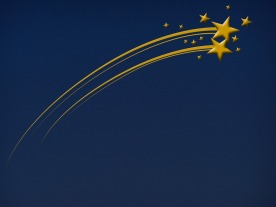 I was on the edge of a conversation the other day about the nativity star! Was it an actual star conjured up by God? Was it a comet that just happened to have a synchronised orbit relevant to that awesome birth? Was it a conjunction of planets? Or, was it an inner light, available only to those who were aware? Everyone it seemed had an opinion, and the one that seemed to be the ‘winner’ in that debate  was the one who was the most passionate about it. But, when they asked me, I had to say, ‘I don’t know.’ I could see it etched painfully onto their faces – they thought this a soppy, weak and unreasonable position to take. But, I didn’t know the answer then, and I still don’t know now.

‘Real knowledge is to know the extent of one’s ignorance.’ Confucius

I did remind them that they had spent ninety minutes expressing their various view, but no time, at all, debating the meaning and consequences of the event, and those seem to me altogether more important. They didn’t agree, and then continued the debate that it could have been an alien spaceship! We truly live in a superficial age, and mistake noise for progress.

As they continued to debate, now wondering if the star was a supernova, I was left, inwardly with a glimpse of reality: whatever the star was, it was the Universe’s way of indicating that it had poured the fullness of itself into human form, and a little, innocent bawling baby, at that; and that this had never been done in such a way, ever; and that somehow we (and, that includes you, as you read this article, are invited into experiencing that event in someway, even now).
It’s not weak to say you don’t know.

‘Beware of false knowledge; it is more dangerous than ignorance.’ George Bernard Shaw

After, two hours, the conversation changed, and they were none the wiser, but, sadly, they had also missed an opportunity to encounter the Incarnation in that small inner-London café in a real way, had they not been so loud, so busy, so ‘cerebral’, so superficial, and so dismissive of the ultimate meaning of that star.

It’s not weak to say you don’t know. Infact, I think in some cases it’s a position of being strong. For with that frame of mind, we’re open to all sorts of wisdom presenting itself, all sorts of encounters that we might have otherwise missed, and maybe even overlooked an Encounter (of being alone with the Alone).

‘Better is one day in your courts than a thousand elsewhere’ Psalm 84:10a, The Book

I can’t tell you what that star was. I would be telling an untruth if I appeared that definite. Whatever that star was, it’s meaning was significant to humble shepherds and mighty magi, sometimes called ‘wise men’ -and they’re usually represented as coming from several continents so the earth is represented. And, so I like to think they may even have been Druids (the root word of that being ‘wise’). No, it’s the meaning, and the meaning today that was, and is, important! 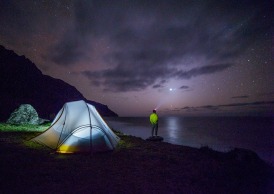 So, as you gaze into the sky as the winter solstice – be you Christian or Druid (or both!) – and as Christmas approaches, pick out the brightest star and ponder: whatever the Christmas star was, it meant that a one-off, unique and holy event had taken place, that light had shone in the darkness, and that light is never dimmed; and that we can be partakers of that event, even today.

It’s not weak to say you don’t know. I would suggest you allow this ‘not-knowingness’ to penetrate deep into your soul. Enjoy the mystery recounted and relived this month. It is a soul-adventure that is shy: it recedes when analysed. Maybe, the question never really was, ‘how?’, but rather, ‘why?’.

‘Love came down at Christmas,
Love all lovely, Love divine;
Love was born at Christmas;
Star and angels gave the sign.’
(Christina Rossetti)

2 thoughts on “The Christmas Star. Views On It, And The Question: ‘Does It Really, Really Matter?’”