Time to prepare. This Saturday, 18 February 2017, sees the start of the new Celtic month of the Ash (though, common with ancient cultures and their calendar you can choose to start the new month the evening before, from out point of view, if you wish).

So, here’s some information about the  Ash tree, something about the ancient origin and myths associated with this glorious month, and something to do by way of celebration.

About The Ash Tree
When fully grown, Ash trees can reach a height of about 35m. They are tall and graceful, and often grow together, forming a domed canopy. Their bark is pale brown to grey, which fissures as the tree ages. 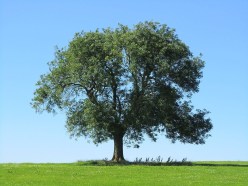 I am told that the leaves have the ability to move in the direction of sunlight, whilst, sometimes the whole crown of the tree may actually lean in the direction of the sun. Another characteristic of ash leaves is that they fall when they are still green.

Once the female flowers have been pollinated by wind, they develop into conspicuous winged fruits, or ‘keys’, in late summer and autumn, commonly known as ‘helicopters’ to children!.

‘Of all the trees that grow so fair,
Old England to adorn,
Greater are none beneath the Sun,
Than Oak and Ash and Thorn.’

Usage
In ancient times Ash wood was used to make the shafts for arrows and spears.

The Ash trees wood ability to flex meant it was used to build wagons and coaches, as the wood could easily absorb bumps and shocks. It was also used as a veneer for furniture. 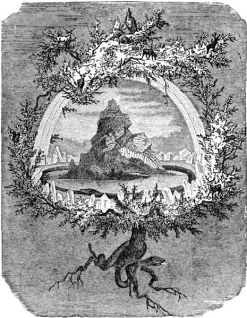 Many believe the Ash to be a very important tree, magical. For instance, in Scandinavian countries the world tree, Yggdrasil (see right), was thought to be a giant Ash tree. In Ancient Greece, Ash trees were sacred to Poseidon (the God of the sea), and wood from the Ash tree was frequently used to make charms to protect the wearer against drowning.

And, Hesiod, a Greek philosopher,  believed the first man was born from the Ash tree. This gave rise to the planting an ash tree at the birth of each baby. Of course, then, the state of the tree was thought to serve as an indicator of that person’s health and strength.

‘I was that ash tree that grew flowery
and strong as any among it;
and you were the meadowlark who sought
a safer shelter in its shadow.’

In many ancient cultures Ash was renowned for its healing properties, and sick children would be passed though the branches of the Ash tree for healing and speedy recoveries. And, it was thought to cure warts.

Indeed, the Ash is associated with the Welsh Magician-God Gwyddion, who bears an Ash staff or wand, a potent symbol of healing, transformation and empowerment as regards matters of destiny. And, whilst talking of staffs or wands, St Patrick, it is said banished all the snakes from Ireland with an Ash stick, which, in Irish mythology, was the preferred wood for a magic wand.

With the advent of Christianity the Ash tree took on other holy associations. Ash tree wood’s unique ability to burn well (hence its Latin name Fraximus excelsior) whilst green was attributed to the fact, by some, that it was the very wood that warmed the stable where Jesus was born, and ever since then it has held that ability. Some believed that it was an Ash fire in the stable where Jesus had his first bath in the warmth of its fire, and then went onto believe that it was therefore beneficial for new-born babies to have their first bath in front of a fire made with Ash logs,  in the hope that they would have a long and pious life. An interesting story, don’t you think?

Time To Celebrate
So, this Friday evening or Saturday evening, why not celebrate the new month. Many regard this new month as the month of self-renewal, deep thought, inspiration-by-nature and a time of creativity.

‘Creativity is piercing the mundane to find the marvellous.’ Bill Moyers 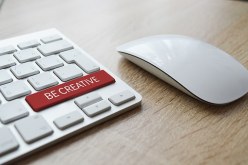 So, why not draw aside and do something creative, such as start a daily journal (if only for the month), write a poem or two that day (and, why not try your hand at writing a haiku. See here for the basic idea and examples). Science, too, many say is ‘encompassed’ in the general mood of this month – so why not visit a science museum or watch a science-related movie or read a science-related book (see here for a recommended book), all focusing on the wonder of nature and the universe we inhabit. Or visit a local building or site of historical interest, or treat yourself to a visit to a local art gallery – do something different.

‘You can’t use up creativity. The more you use, the more you have.’ Maya Angelou

Of course, in addition (and highly recommended as I enjoy liturgy and ritual), you can always enact a rite at home: light a candle, recite some wonderful,  relevant words to usher in the new month and Spring, and/or meditate in silence on the moment, and pause. And enjoy that pause, that liminal moment.

5 thoughts on “Ephemera: The Celtic Month Of The Ash Tree [18 February-17 March]”